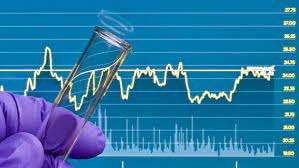 The biotech sector has almost always been in considerable focus among investors and for good reason too. It is a highly innovative sector that has consistently been able to come up with revolutionary medicines and therapeutics for highly complex medical conditions. It continues to do so.

Hence, every day there are scores of investors who are almost always on the lookout for stocks in the sector. This article is going to give you a fairly detailed lowdown on two companies that not only have a long track record of success but also boast of significant pipelines.

If there is a behemoth in the biotech industry then Merck is certainly it. The company boasts of billions in sales and through the first half of this year alone, it has managed to generate sales of as much as $30.5 billion. The company boasts of Keytruda, the biggest selling cancer medicine in the world, and in the first half, it alone generated sales of $10.5 billion.

Additionally, there are other products that clocked billions in sales to make up that figure. In the first half of the year, Merck generate year-on-year sales growth of as much as 38.4% and it is expected that it is going to continue to grow in the future. Analysts have projected annual earnings growth to the tune of as much as 10.5% over the next five years. Additionally, it should be noted that Merck offers a dividend yield of as much as 3.5% at this point.

The next one to look into among biotech stocks is that of Sanofi, which is regarded as the fourth biggest pharmaceutical company in the world by market cap. At this point, it commands a market cap of $123 billion.

As it is the case with major players, Sanofi boasts of a range of products and an impressive pipeline which has led to massive sales in 2022. At this point in time, it has 87 products in its pipeline and analysts had projected annual earnings growth to the tune of 10.3% in the next half a decade. It offers a dividend yield of 3.6%.