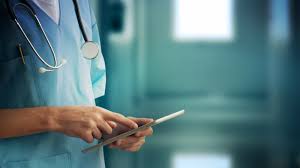 In recent times, the Biopharma sector has gone through a significant selloff and the only notable exceptions are perhaps those companies that have been involved in COVID-19 vaccine production. Over the course of the past three weeks, as many as 358 stocks in the sector have recorded declines of 10% or more. However, a selloff of this nature can also present opportunities for investors, and here is a look at three Biopharma stocks that investors could look into at this point.

Affirmed is a small cap stock in the Biopharma sector but it has managed to go against the trend in the wider sector in recent times. As a matter of fact, the cancer immunotherapy firm has seen its stock clock gains of as much as 19.8% so far this year.

On the other hand, the company reported last week that one of its products, AFM 13, recorded a response rate of 100% when it was combined with natural killer cells. At this point, the stock has a market value of only $834 million, and experts on Wall Street believe that in the next 12 months, the valuation could in fact double. It could be an undervalued stock worth tracking.

Amgen has not performed particularly well this year and is, in fact, down by as much as 12.5% so far this year. This has happened primarily due to the underwhelming sales performance of some of its newly launched products like Aimovig, which is meant for treating migraine.

That being said, the company’s core business is still strong and in the third fiscal quarter, sales jumped 4% year on year. More importantly, the stock is currently available on the cheap and the valuations could be attractive considering its hefty dividend payouts. Not too long ago, Amgen even boosted its dividend payout by as much as 10% and that had primarily been done due to the strong cash flow that is generated by the company.

Last but not the least, it is another Biopharma giant, Bristol Myers Squibb, that investors could consider looking into at this point. The stock has performed poorly this year and is not too far away from its lowest point in 52 weeks.

The decline has primarily been triggered by the fact that many of its patents are going to expire towards the end of this decade. However, it should be noted that at this point the Bristol Myers Squibbis only trading at 2.6 times its 2022 projected sales and that makes the stock one of the cheapest in the sector. It is a massive company and it is expected that it will continue to thrive as a business in the long term. Hence, buying the dip may not be a bad move.