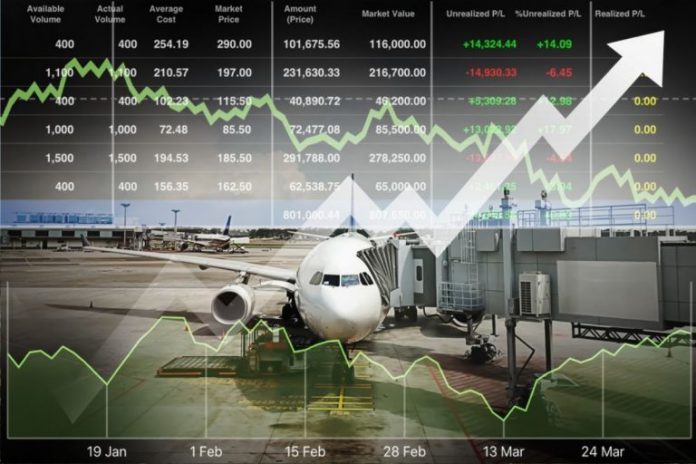 It is often said that the biggest expense for any airline when it comes to running its business is the fuel expense. Hence, it is not a surprise that the fluctuations in the price of oil can often have a major impact on the stock price of airlines.

Oil prices have been quite volatile in recent times due to the situation in April but yesterday the fall in oil prices led to remarkable rallies in the stocks of some of the leading airlines in the United States. On March 16, the stock of some of the biggest airlines like United Airlines (NASDAQ:UAL), American Airlines (NASDAQ:AAL) and Delta Airlines (NYSE:DAL) ended up with gains in excess of 8% each amidst the drop in oil prices.

The price of oil actually crashed sharply after there were widespread fears about the demand following the lockdown in a pair of two cities in China following a surge in COVID 19 cases.

When the coronavirus pandemic had been at its peak, the price of oil had crashed due to widespread lockdowns and hence, the panic among investors was perhaps understandable. Considering the rapid fall in the price of oil, there was renewed bullish tendencies about the advantage that could accrue to airlines.

Burkett Huey, who is an analyst at Morningstar, spoke about the potential impact of the drop in oil prices on airlines. He noted that even a slight drop in the price of oil can lead to a massive impact on the financial performance of an airline.

As such, the price of oil and the financial wellbeing of an airline are inversely proportional. At this point in time, it remains to be seen if the stock price of these airlines can continue to go on the upward curve amidst the uncertainties over the price of oil. Investors could do well to add these airline stocks to their watch lists.