Home Natural Resources Helium Sector Is Rising – How To Invest? 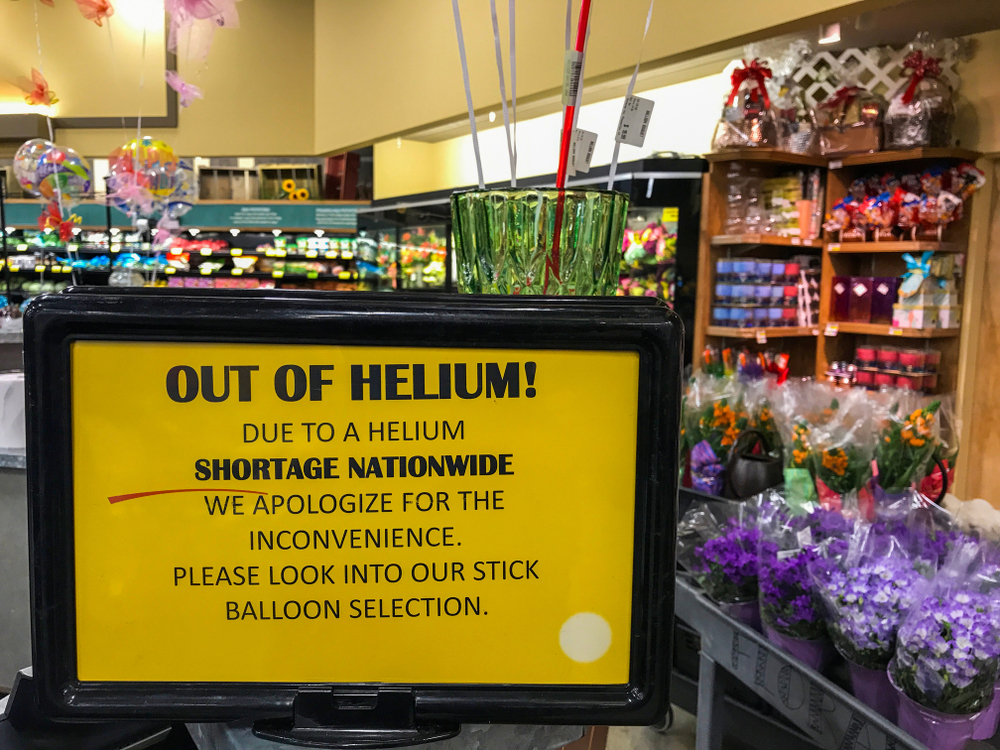 The natural gas sector has grown at a remarkable pace over the course of the past decades, and one such component in this sector is the lesser known element, helium. It could be a good time to have a closer look at helium related stocks since the price of the gas has been rising at a steady clip in recent weeks. There are some important factors behind the bull run. The rising uses of helium, coupled with low supply and a constrained market, have resulted in the continued rise in price for the gas.

The inert gas helium has now become a highly sought after commodity across a range of industries, and one of the most popular uses of the gas is in cryogenics. However, companies that are working in the sector are quickly expanding the possible uses of helium.

For instance, it can now be used to preserve tissues and organs. In addition to that, it has applications in mechanical engineering and superconductivity. At this point in time, there is a shortage of helium in the markets, and that has resulted in the rising price of helium. The global helium industry could grow to as much as $3.5 billion by 2027, and hence, it could be wise for investors to start looking at some of the companies in the sector.

Moreover, the 16 helium plants across the globe have been running at reduced capacities, and that has had an effect on global supply. However, if an investor is looking to bet on the helium sector, then it could be wise to consider having a look at some of the companies which operate in the sector. Here is a quick look at three of those.

One of the more promising companies in this space is Royal Helium Limited, which is involved in both exploration as well as the development of the natural gas in the southern part of Saskatchewan, Canada. At this point in time, Royal Helium is one of the biggest leaseholders of land in Canada in terms of helium potential. On top of that, the land under the company’s control has also been evaluated meticulously for helium potential by a variety of experts.

Hence, it is clear to see that Royal Helium could be one of the major gainers if the price of helium does indeed continue to rise. To that end, it is necessary for investors to be apprised of the fact that the company has started the exploration program at its Climax Helium Project. The announcement was made by Royal Helium on May 21, and it goes without saying that it is a significant development.

The project is going to be focussed on deformation and structural movement zones. The company is also going to conduct extensive studies that will allow it to commence drilling at Climax, where Royal owns as many as 7 drilling targets. It is important to point out that the company is also acquiring land aggressively in order to eventually produce significant quantities of Helium.

Royal Helium has continued to accumulate land since, eventually, it aims to produce one tcf of carrier gas. It is going to set up its liquefaction plant and then sell products to both retail customers as well as wholesale players. It is quite clear to see that the company has highly ambitious plans with regards to its operations and the recent developments suggest that it is moving in the right direction. Investors who are looking to get into this sector could consider having Royal Helium in their watch lists and keep an eye on the stock over the course of the coming days.

On a more senior level, another company that is worth following amidst the bull market in helium is Air Products and Chemicals. The company has been in existence for almost eight decades, and during that time, it has provided its services to as many as 30 industries spanning across 50 nations. The company is highly diversified, and hence, it can manage its risks far more effectively.

Air Products is well known for paying dividends consistently and has done so annually for close to 40 years. More importantly, the company reiterated during the recent conference call that paying out dividends remains one of its aims. Considering the current risks in the market, conservative investors looking for a way into the helium market could consider keeping an eye on the Air Products stock.

Renergen has gained major momentum and rallied to AU$1.39 from AU$0.91 on May 14. While the movement in the stock price is a welcome development for investors, it is also important to mention that the company made another major announcement recently.

Renergen announced that it had contracted Bohrmeister Technik Proprietary Limited with regards to the start of drilling for gas at its Virginia Gas Project. The company has stated that after mobilization is completed in 6 weeks, there will be another 8 weeks of drilling activities involved in the process.

Please refer to our complete Disclaimer before making any investment decisions.