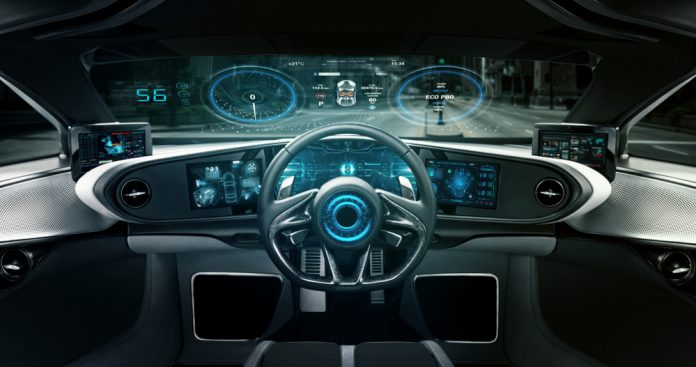 NexOptic Technology Corp. (OTCQB:NXOPF, TSXV:NXO) is led by a blue chip team, including turnaround specialist and former CEO of Lexmark International, Rich Geruson.  Their remarkable A.I. imaging technology has been noticed by numerous multinationals.  NexOptic’s collaborations with Qualcomm (Nasdaq:QCOM, $103 billion) and now Ndiva’s “Preferred Partner” network puts them into an elite group of AI firms gaining integrated access to an A-list customer base.

“Our All Light Intelligent Imaging Solutions (ALIIS) products are now ready for deployment on our partner platforms with Nvidia and Qualcomm, and we anticipate customer deals for sales of ALIIS in the near future,” said Rich Geruson, Nexoptic’s chairman. “Meanwhile, we see huge future opportunity with siliconized AI by making our technology commercially viable for virtually untapped segments of the electronics industry.”

NextGen machines, cars, cities and platforms need to “see” efficiently and process instantly. The future is Artificial Intelligence, and it’s big. NexOptic, developer of ALIIS (All Light Intelligent Imaging Solutions) is being courted by the biggest players in the industry and is on its way toward what could be a multi-billion opportunity for early shareholders.

You’ve heard of artificial intelligence being used in autonomous cars and trucks. That technology is almost beyond belief, yet it is already being field tested. However, before you ever step inside a car that drives itself, that car will first need to “see”. Healthcare, security, drones, smart cities, space and sports optics are just a few verticals that will soon be relying heavily on next-gen A.I. imaging tech. That brings us to today’s real opportunity.

AI MARKET IS RIPE — NexOptic’s ALIIS technology is set to take the AI world by storm. Its practical and critical applications include powerful solutions for numerous verticals including autonomous cars and trucks, healthcare, security, drones and mobile imaging.

PARTNERSHIPS WITH BLUE CHIPS POTENTIALLY WORTH BILLIONS — On June 29 Nexoptic announced that it has been admitted by Qualcomm Technologies, Inc (Nasdaq: QCOM) to its Qualcomm Advantage Network, and on July 10 the company joined Nvidia’s (Nasdaq:NVDA) “Preferred partner” network placing NexOptic into an elite group of AI firms working at the highest levels of global integration of nextgen AI applications. By selecting NexOptic to work on ALIIS integration, a multibillion dollar AI imaging market has opened up.

FAVORABLE PEER VALUATION — From $1.9 billion Ambarella to $543 million GoPro Inc. and $3.4 billion Nikon Corp., NexOptic’s current market cap of ~$143 million (Sept 11) could be in line for a serious revaluation if it captures even a fraction of those markets. NexOptic Technology Corp. (OTCQB:NXOPF, TSXV:NXO) is one of those under the radar next-generation type companies led by blue chip management.  It’s breaking the mould in imaging technology with cutting edge A.I. and optical products. While its market cap sits at under $200 million, its AI technology alone could be worth more than $1 billion in annual revenue in the future.

Take Ambrarella (Nasdaq:AMBA), for instance. They are utilizing A.I. to rapidly process and identify images in diverse camera systems.  It carries a market cap of $1.9 billion (USD). If NexOptic captures one third of that vertical alone, early investors could be sitting on more than 500% in gains.

NexOptic has developed artificial intelligence software, dubbed ALIIS (All Light Intelligent Imaging Solutions), a remarkable technology that can literally turn night into day.  What makes this system truly amazing is that it can learn a camera profile using any image sensor, thus embedding the profile into ALIIS.

The verticals available to NexOptic with this technology are virtually endless.  This is how they managed to attract the attention of numerous multinationals at CES 2020, then sign Qualcomm (Nasdaq:QCOM) to a collaboration deal, followed by becoming a Preferred Partner of Nvidia’s (Nasdaq:NVDA) to leverage the power of Nvidia’s leading edge AI computing platform, Jetson.

Here’s a sample of NexOptic’s A.I. at work…

ALIIS is a patent-pending, machine-learning system that could become the standard in every camera system from mobile phones to healthcare to autonomous cars and beyond. This software even works for video and live streams.

The global automotive night vision system market alone is estimated to generate revenues of around $3 billion by 2024, growing at a CAGR of more than 15% during 2018-2024.

Using edge processing ALIIS is able to produce and process images instantly. That also means the number of applications it can be used in is nearly unlimited – Space, drones, sports, healthcare and more. Each could potentially be using specifically designed lenses and imaging devices that rely on NexOptic’s ALIIS technology.

Not to mention the enormous smartphone market. You’ve seen the intense focus smartphone makers are putting into their cameras. In today’s “snap and share” world, the need for huge technological leaps is critical. ALIIS provides exactly that.

Of course, NexOptic is working on far more than cutting edge AI software. They are also breaking the mould in next-gen digital “binoculars reimagined” and even changing the game in mobile camera lenses. We’ll get into that shortly.

Blue Chip Leadership and a Path Into the Mainstream

None of this would be possible without its team of veterans at the helm.

The company’s CEO Paul McKenzie has worked with some of the world’s largest utility and engineering firms.

Several of Mr. McKenzie’s previous companies made significant resource discoveries worldwide under his leadership and he has overseen and negotiated joint-venture and alliance partnerships with companies whose market-capitalizations have exceeded $20 billion.

The company’s incredible potential has also attracted the following industry heavyweights to its board:

Stephen Petranek, former editor-in-chief of the world’s largest scientific magazine, Discover, is a widely recognized tech futurist and award winning author.  He co-produced National Geographic’s mini-series “MARS”, which was based on and inspired by his book “How We’ll Live On Mars”.

As noted, NexOptic is far more than a company working on cutting edge optical AI technology. It has developed products that far surpass what’s on the market today.

Their telephoto smartphone lens system could change the game for the mobile photography and video. Testing by an industry leading third party (Optikos Corp.) resulted in angular resolution of greater than 35%, blowing away current sector giants.

This system is intended to enable the world’s largest smartphone aperture, which could allow smartphone devices to capture higher quality images at much greater distances than what is possible today.

NexOptic Technology Corp. (OTCQB:NXOPF, TSXV:NXO) has also developed the multi-award winning DoubleTake™ “binoculars reimagined”.  On the cusp of mass market commercialization, it is set to take on the lucrative GoPro market and has the potential to leave the competition in the dust. It features a powerful dual-lens system that allow users to capture high resolution images from far away and includes 4K video.  Its instant 10x zoom capability and built in powerful image processor give DoubleTake ™ capabilities that outdoor enthusiasts and active photographers can only dream of.

Featuring a quad-core processor, it displays its image on a 5” high-definition LCD display. With built in user-friendly software, and multiple connectivity options (including WiFi, GPS, HDMI and MicroSD) images and videos can be shared instantly. It is both shockproof and water resistant, which lets you have the best of both worlds: state-of-the-art technology and rugged enough for any kind of trip or adventure.

NexOptic has done more than just develop and test these breakthrough technologies. It is also setting up deals to bring them to the mass market.

NexOptic recently announced a global collaboration with Qualcomm Technologies for its ALIIS technology. This partnership is already at work optimizing ALIIS for select Qualcomm Snapdragon mobile platforms. This was quickly followed up with news of a Preferred Partnership with Nvidia, a $250 billion company providing a leading edge AI computing platform.

NexOptic is collaborating with these multinationals at a very important moment in history. As Qualcomm is already a world leader in the launch and rapid expansion of 5G technology, this partnership could sweep ALIIS into an enormous market at just the right time.  The potential implications from an investment standpoint are clearly incredible.

Better yet, the deal doesn’t involve any forced exclusivity. NexOptic’s AI can find additional homes across the rest of the mobile market. Instead, what this partnership will do is reduce the integration cost to device makers thus becoming more attractive to potential customers.

Landing their first two blue chip collaborations is only the first step. What comes next has the potential to completely transform NexOptic and catapult them into the big leagues.

AI In The New World

AI is already seen as one of the most important technological developments of the past decade. As we look ahead to the future, it will become indispensable.

The world has changed drastically and the way we do things may be forever altered. The new world will require mass adoption of contactless, smart systems featuring AI. In South Korea the government has stated its intention to promote AI and 5G technologies as its main economic stimulus and is already drafting an emergency budget to directly fund these projects.

The opportunity is huge for NexOptic Technology Corp. (OTCQB:NXOPF, TSXV:NXO). They are led by a veteran team capable of guiding these big initiatives and bringing them to market. Blue chip partnerships are already forming, and NexOptic announced on January 16th that its technology has already attracted significant attention from a number of multinationals.

If there ever was an under the radar opportunity to ride the multi-billion dollar wave of A.I. coming at us, NexOptic certainly makes for a compelling candidate.

Nothing in this publication should be considered as personalized financial advice. We are not licensed under any securities laws to address your particular financial situation. No communication by our employees to you should be deemed as personalized financial advice. The information provided in this article is for informational purposes only and is not a recommendation to buy or sell any security. Please consult a licensed financial advisor before making any investment decision. We hold no investment licenses and are thus neither licensed nor qualified to provide investment advice. The content in this report or email is not provided to any individual with a view toward their individual circumstances. HotStocksReview.com is a website owned by Mountain Capital Corp (“Mountain”), (100 King Street West #5700, Toronto, Ontario). Mountain has been retained by NexOptic Technology Corp. to provide strategic digital media, marketing and data analytics services on behalf of the company for an undefined term. The agreement with NexOptic provides for a one-time payment of thirty thousand canadian dollars. This compensation constitutes a conflict of interest as to our ability to remain objective in our communication regarding the profiled company. Because of this conflict, individuals are strongly encouraged to not use this newsletter as the basis for any investment decision. 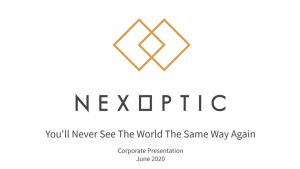 Editor - October 22, 2020
Whenever a company is as successful as Great Bear (GBR.V), people want to know what management will do next. For Great Bear’s Chris Taylor, that’s...