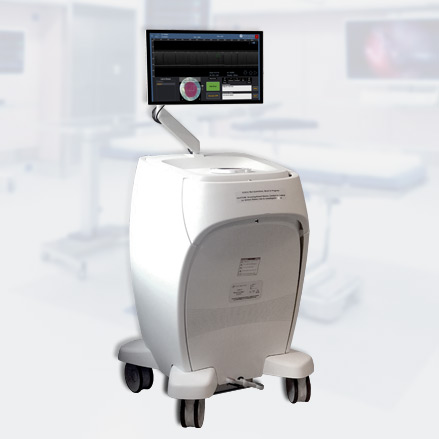 DALLAS, TX / ACCESSWIRE / July 15, 2020 / Perimeter Medical Imaging AI (TSXV:PINK) today announced the initiation of its ATLAS AI project that will collect images of breast tumors to both train and test their ImgAssist AI technology which is currently under development. This technology is designed to utilize a machine learning model to help surgeons identify, in real-time, if cancer is still present when performing breast-conserving surgery (“lumpectomy”). Perimeter will install OTIS™ high-resolution imaging devices at their partner sites, and patient recruitment will begin immediately with the expectation of enrolling up to 400 patients. This study was made possible, in part, by a $7.4 million grant awarded by the Cancer Prevention and Research Institute of Texas (“CPRIT”), a leading state body funding cancer research.

The first phase of the project will focus on data collected from leading pathology labs in Texas: MD Anderson, Baylor College of Medicine and UT Health San Antonio. Specially installed OTIS™ devices will collect image data of breast tissue samples from approximately 400 patients to refine ImgAssist AI- the proprietary software model using machine learning, which is adept at interpreting imaging data when labeled effectively. A multi-site pivotal study will be conducted during the second phase to test the new technology- Perimeter’s OTIS™ platform with ImgAssist AI, against the current standard of care and assess the impact on the re-operation rate for patients undergoing breast conservation surgery. The company has recently engaged with Dr. Charles Mangum of North Texas Pathology Associates and has hired two clinical field specialists also located in Texas to bring additional expertise to the project.

Dr. Savitri Krishnamurthy, Director for Clinical Trials Research and Development, Department of Pathology at MD Anderson and principal investigator of the data collection study recently affirmed: “The new era of tissue imaging using optical imaging platforms such as the OTIS™ is expected to bring revolutionary changes to breast surgery and breast pathology practice in the future.”

Once commercialized, ImgAssist will be integrated into Perimeter’s OTIS™ technology, to provide real-time information during breast cancer surgery. The platform’s ability to deliver ultra-high resolution and sub-surface image volumes across the surface of the removed tissue provides surgeons additional information to assess if they have achieved the successful removal of the entire tumor. Should a surgeon identify what they believe to be cancerous cells at the surface of the tissue, they can immediately remove additional tissue from the patient with the goal of reducing the likelihood that the patient will require additional surgeries.

This study initiation follows a busy period for Perimeter Medical Imaging AI who went public on the TSX Venture Exchange on July 6th. The Toronto- and Dallas-based company has gone public during the same year that it plans to enter the commercial stage for its proprietary, FDA-cleared OCT imaging platform, which is alone in its ability to provide real-time, microscopic-scale imaging information during surgery.

PMI’s stock ticker symbol, PINK, is an allusion to the pink ribbons used during Breast Cancer Awareness Month by the Canadian Cancer Society and the American Cancer Society, driving home the company’s dedication to helping surgeons, radiologists and pathologists use Perimeter’s imaging technology and AI (Artificial Intelligence) in the fight against breast cancer, which is estimated to account for 30% of all female cancer diagnoses this year.

About Perimeter Perimeter is a Toronto-based company with U.S. Headquarters in Dallas, Texas that is developing, with plans to commercialize, advanced imaging tools that allow surgeons, radiologists, and pathologists to visualize microscopic tissue structures during a clinical procedure. Perimeter’s OTIS™ platform is a point-of-care imaging system that provides clinicians with real-time, ultra-high-resolution, sub-surface image volumes of the margin (1-2 mm below the surface) of an excised tissue specimen. The ability to visualize microscopic tissue structures during a clinical procedure in addition to standard of care tissue assessment for decision making during the procedure has the potential to result in better long-term outcomes for patients and lower costs to the healthcare system. Perimeter’s OTIS™ platform is cleared by FDA as an imaging tool in the evaluation of excised human tissue microstructure by providing two-dimensional, cross-sectional, real-time depth visualization, with image review manipulation software for identifying and annotating regions of interest. In addition, Perimeter is developing advanced artificial intelligence/machine learning image assessment tools intended to increase the efficiency of review.

NEITHER THE TSXV NOR ITS REGULATION SERVICES PROVIDER (AS THAT TERM IS DEFINED IN THE POLICIES OF THE TSXV) ACCEPTS RESPONSIBILITY FOR THE ADEQUACY OR ACCURACY OF THIS RELEASE. This news release contains statements that may constitute “forward-looking information” within the meaning of applicable Canadian securities legislation. Forward-looking information may include, among others, statements regarding the anticipated filing date of the Financial Statements, future plans, costs, objectives or performance of Perimeter, or the assumptions underlying any of the foregoing. In this news release, words such as “may”, “would”, “could”, “will”, “likely”, “believe”, “expect”, “anticipate”, “intend”, “plan”, “estimate” and similar words and the negative form thereof are used to identify forward-looking statements. Forward-looking statements should not be read as guarantees of future performance or results, and will not necessarily be accurate indications of whether, or the times at or by which, such future performance will be achieved. No assurance can be given that any events anticipated by the forward-looking information will transpire or occur. Forward-looking information is based on information available at the time and/or management’s good-faith belief with respect to future events and are subject to known or unknown risks, uncertainties, assumptions and other unpredictable factors, many of which are beyond Perimeter’s control. These risks, uncertainties and assumptions include, but are not limited to, those described the joint information circular prepared in respect of the shareholder meetings approving the plan of arrangement between Perimeter and New World Resource Corp. a copy of which is available on Perimeter’s SEDAR profile at www.sedar.com, and could cause actual events or results to differ materially from those projected in any forward-looking statements. Perimeter does not intend, nor does Perimeter undertake any obligation, to update or revise any forward-looking information contained in this news release to reflect subsequent information, events or circumstances or otherwise, except if required by applicable laws.

Brigadier Announces the Appointment of Mr. Geoffrey Fielding as a Special Advisor

admin - August 5, 2020 0
Newfoundland has emerged as one of North America’s hottest gold discovery districts, with hundreds of millions of dollars pouring into mineral-rich areas...

Editor - July 20, 2020 0
A tight stretch of desert at the foothills of the Sierra Madre Occidental range has become the talk of the mining world...

Brigadier (TSXV: BRG, OTC: BGADF) Picachos Project Is Situated Only 15 Miles From The...