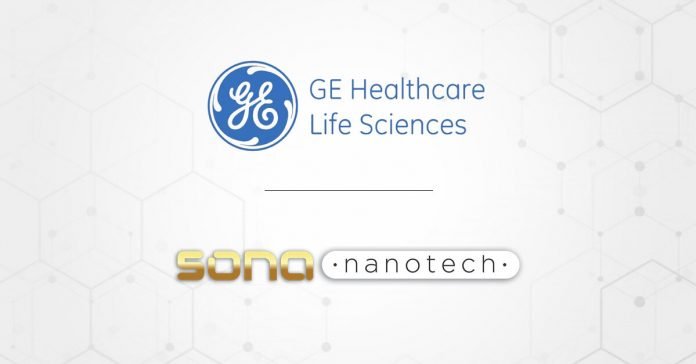 With huge recent stock gains Sona Nanotech (SONA) is poised to break out as one of the strongest performers in the COVID-19 era, due in large part to the potential of their test kit, which is being hailed as the most accurate on the market and will provide tracing technology. Rising from sale price of 0.20 to $3.80 on June 1, 2020 the stock price increase can be attributed to the anticipation of an influx of test kit orders once approved by Health Canada.

SONA has partnered with UK’s BOND Digital Health, required by governments to track and trace the spread of the virus for future monitoring. This partnership helps to elevate Sona’s testing capacity by adding the element of tracing, which will lead to future market advantages as the need for tracking and monitoring will continue to be priority for governments around the world.

International cooperation will be required to manage and administer testing and mitigate spread. Thus far there has been vocal support of such tracking programs by Canadian Prime Minister, Justin Trudeau, whose speech on May 22nd mentioned the need for Canada to procure and support an app or method for tracing, calling on partner governments to support and technology to speed the process for introduction. As such, the Canadian government has invested $4.1M (CAD) through Next Generation Manufacturing Canada (NGEN) cluster program toward SONA in the form of a government grant to facilitate the completion and market introduction of test kits.

NGEN mandates to collaborate between technology and manufacturing. The Canadian government has invested in this technology as a precursor to mass distribution. Understanding that for communities to re-open mass testing will need to be implemented, tests will need to be validated and results need to have an almost zero margin of error. The subsequent need is for monitoring and controlling travel patterns of populations to mitigate the spread, while also tracking activities that may lead to future outbreaks. The gap between information and action led to unmitigated failure of containment across all countries and continents during the first wave of outbreaks.

The mass manufacturing of SONA’s test kit will almost certainly lead to a stock price surge, one that can be seen as a safer bet than most due in part to government support. The Canadian government currently holds first right or refusal on all products that are produced as a result of their initial funding investment. As such, Canadian hospitals will receive priority before the needs of non-Canadian, foreign sales will be allowed.

This indicates that SONA, in collaboration with laboratories, universities and hospitals using nanotechnology to develop point-of-care test kits, has the backing of the government, with a direct stake in seeing these kits come to market. The Trudeau government is publicly committed to purchasing 1M test kits per week, which can also help to increase the value of the stock. Government interest has also been registered by the US and the UK.

The kits are set to be priced at $25-50 (CAD,) with a 70-80% profit margin. The company currently has LOI’s signed, totaling 4.7M units, indicating a recoup of the initial investment, with clear signs for growth.

SONA will continue to increase in value if the company can deliver on its promise to yield 20,000 test kits available per week, with the goal of scaling to 1M per week, upward of 100M per year. Value grow if the company can deliver without increasing costs beyond what is already deemed acceptable via the model of other infectious disease testing and while continuing to deliver results in 5-10 minutes.

READ OUR FULL DISCLAIMER BEFORE MAKING AN INVESTMENT DECISION. WE ARE NOT LICENSED INVESTMENT ADVISORS. THIS REPORT IS NOT A SOLICITATION TO BUY OR SELL SECURITIES IN ANY STOCK. THE AUTHOR OF THIS REPORT HAS NOT BEEN COMPENSATED BY SONA OR ANY OTHER THIRD PARTY.