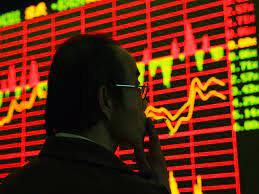 The Chinese tech sector is one of the fastest-growing sectors in the world but things have been difficult for many of the stocks in the sector in the past couple of years.

The trade war with the United States had been one of the biggest factors behind the poor performance amidst apprehensions of delisting from major exchanges. However, things may well be on the mend and there might be rich picking in place for enterprising investors. Here is a look at three stocks you could consider at this point.

Pinduoduo (NASDAQ: PDD) – The first stock that you could look into is that of the e-commerce specialist Pinduoduo. The platform operated by the company is best known for providing shopping options that are interactive and merchandise that offers value for money.

In its fourth fiscal quarter financial results announced in March, Pinduoduo noted that it had managed to connect as many as 16 million farmers to a total of 868.7 million buyers all across China. In 2021 alone, Pinduoduo managed to clock a staggering 61 billion placed orders and it worked out to a year-on-year rise of as much as 59%.

JD.com (NASDAQ: JD) – The next one on the list is also an e-commerce platform operator. JD.com operates two separate businesses, one is related to new businesses and other is retail. In essence, the company offers an online marketplace, online retail and also marketing services for the Chinese market.

The New Businesses portion of the business is in charge of providing logistical services, asset management, and technology services to the clients. As e-commerce continues to grow in China, JD.com is expected to play a much bigger role in that industry and that possibly makes it a company worth following.

iQIYI (NASDAQ: IQ) – The list was completed by the online entertainment services firm iQIYI, which is best known for providing original video content. It not only provides movies but also dramas, shows, and anime. In addition to that, the company is also known for operating its own social media platform that is geared towards entertainment.

Recently the company also announced the launch of its own channel on Roku TV and Roku Streaming Players. Now, people in Canada and United States are also going to be able to access its content. It is a company that could be on the cusp of considerable growth.