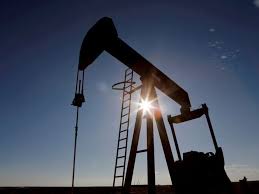 If there is one commodity that has had a remarkable rally in the year so far then it is oil. Although it had been beaten down during the coronavirus pandemic, oil made a strong comeback in 2021 and at this point, it is up by as much as 67%.

Such rise in prices has also led to prosperity for many oil companies and as a result, it might be a good idea to start looking into oil stocks. Here is a look at three oil stocks which investors could consider for the month of November.

The first oil stock that could be tracked this month by investors is that of ConocoPhillips. It is an oil behemoth and cash cow of gigantic proportions. In the third fiscal quarter of 2021, the company generated as much as $4.1 billion in cash from operations and after capital expenses, the free cash flow stood at $2.8 billion.

More importantly, the company hands over a large portion of its cash to shareholders. Up until now, it has paid out as much as $2.2 billion in the form of share buybacks and $1.8 billion in the form of dividends. In the third quarter, ConocoPhillips reported $10.9 billion in cash and is aiming to use it for acquiring Shell’s assets in Permian Basin area.

The next one that could go on the list is Devon Energy. The company has been one of the major beneficiaries of the rise in oil prices and like some other companies, it is swimming in cash as well. In the third fiscal quarter, it generated free cash flow to the tune of $1.6 billion and that reflected an improvement of 46% on a sequential basis.

The company is not sitting on that much cash and is instead returning it to the shareholders. In the third quarter, the dividend was raised by as much as 71% and not too long ago, the company also started a share buyback program worth as much as $1 billion.

Last but certainly not least, it is the Diamondback Energy stock that could be added to the list of oil stocks to watch this month by most investors. The company generated a free cash flow of $740 million in the third quarter and took the total for the fiscal year to $1.3 billion.

Diamondback used a lion’s share of the cash to pay down its debts and also raised its dividend payouts. The company raised its investors as many as three raises in terms of dividends this year and it now totals 33%.