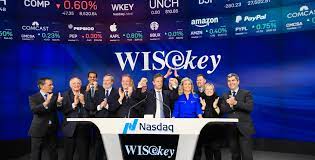 The cryptocurrency industry has grown at a remarkable pace over the course of the past few years and nowadays, more and more companies are entering the space as the full scope keeps getting clearer every day. In this context, it is also necessary to add that several new products rooted in blockchain technologies and cryptocurrencies have also emerged.

One of the most popular ones at this point in time is the non-fungible token or NFT and the worldwide cyber security company Wisekey International Holding (NASDAQ:WKEY) has come into the radars of many investors in recent days due to its decision to move into the NFT space.

The NFT space is a hot sector at this point in time and it has proven to be highly lucrative for many companies already. Hence, the entry of a globally well-known cyber security firm like Wisekey into this space is an interesting development and something that might cause a fair degree of excitement among investors as well.

While that is an important development, it is also necessary for investors to keep in mind that Wisekey is ultimately a cyber security firm and that entails an involved in an industry that is worth billions of dollars.

There has not been any fresh news about the company this month so far but investors who wish to get a better idea about the company could do well to take a look at its performance during the first half of the year. The half-year results for 2021 were declared by the company back in August and Wisekey managed to surpass analysts’ expectations in terms of the numbers. The revenues in the first half of the year came in at $9.9 million, which worked out to a year-on-year rise of as much as 24%.

In addition to that, Carlos Moreira, the Chief Executive Officer of the company, sent out a letter to the shareholders as well and provided a lowdown of the achievements of Wisekey during the period in question. It was revealed that in the first half of the year Wisekey made major breakthroughs in its EVM payment card, anti-counterfeiting, brand protection, and semi-conductor-based IoT (internet of things) technology products during the first half in the United States.

In addition to that, the company also secured a controlling stake in Arago and hence, managed to bring in another source of revenue. The company had cash and cash equivalents to the tune of $38.5 million in its books as of June 30, 2021.